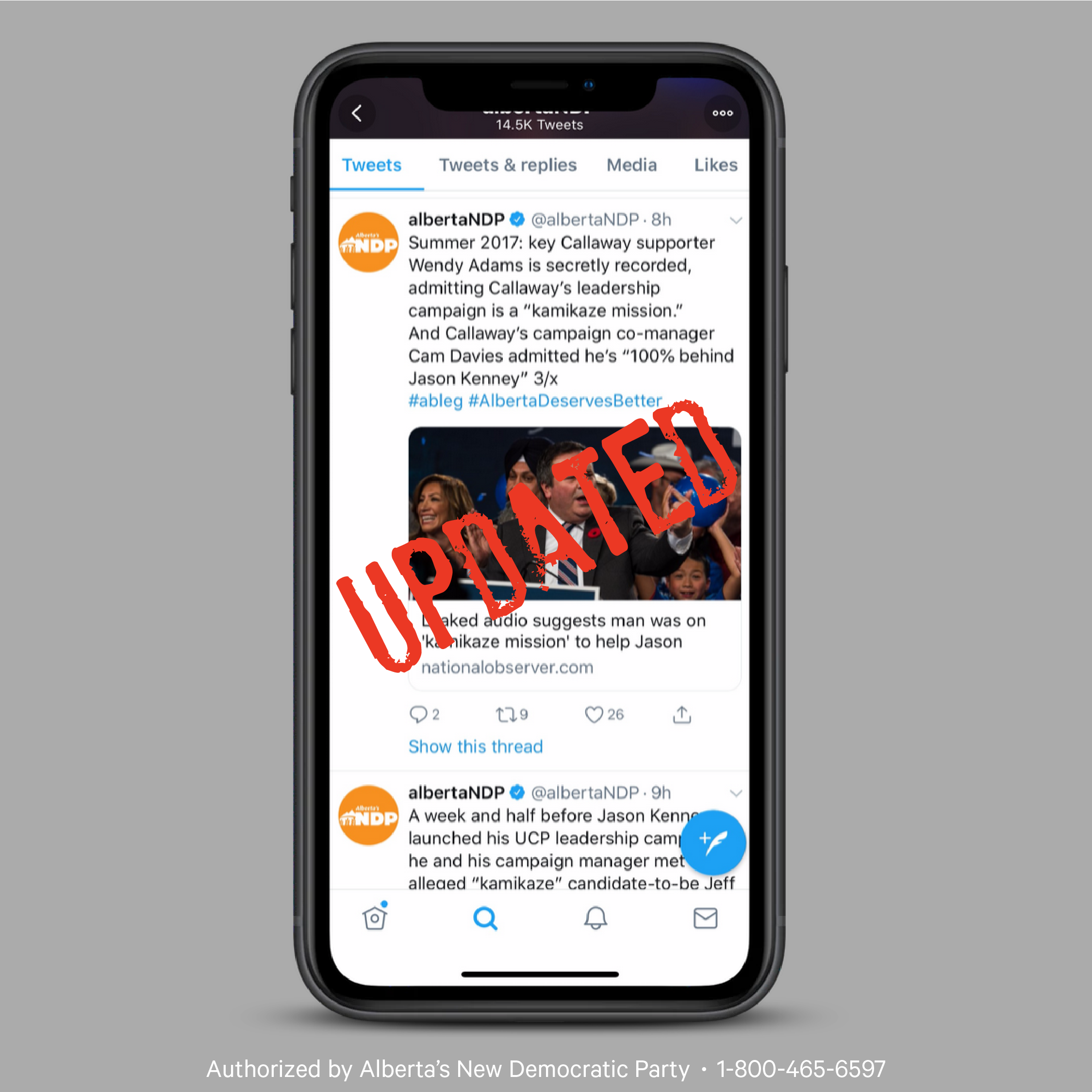 Just how far did he go in his pursuit of power?

Jason Kenney's UCP leadership scandal is currently being investigated by Alberta's Election Commissioner - he has even called in former police officers - for growing number of allegations.

We’re talking about everything from illegal donations, to voter fraud, to running a 'kamikaze' candidate, the list is long (scary long).

How bad is it? Let’s take a journey that starts in the summer of 2017. Buckle up, it's going to be a shocking and wild ride.

Illegal donations. Voter fraud. Collusion.“Kamikaze” candidate. Jason Kenney’s leadership campaign scandal shows he'll do anything for power & can’t be trusted to deliver for anyone but himself. This thread has the details.(spoiler: there's a lot) #ableg #Albertadeservesbetter 1/

A week and half before Jason Kenney launched his UCP leadership campaign, he and his campaign manager met with alleged “kamikaze” candidate-to-be Jeff Callaway. Callaway registered as a candidate for UCP leader six days after Kenney’s launch. #ableg 2/xhttps://t.co/BMs96pDM4t

Side note: Before Callaway was approached, former UCP MLA Derek Fildebrandt claims that, at a private dinner in 2017, Jason Kenney personally asked him to be his “stalking horse candidate” to “undermine” Brian Jean. 4/x #ableg #AlbertaDeservesBetterhttps://t.co/e2znILSd0I

September 2017: UCP unveiled their leadership race rules — which included using an “independent auditor” to ensure fairness.
The party then hired a company owned by a financial supporter of Jason Kenney's, David Dorward, to audit the vote. 5/x #ableghttps://t.co/EJ4uVJo5sd

Oct. 26, 2017: Jason Kenney’s campaign was caught asking their volunteers to use VPN software to mask their computers’ location & to allow multiple votes from the same computer.
The next day, Kenney won the UCP leadership.
8/x#ableg #AlbertaDeservesBetterhttps://t.co/AFcuysyk9F

Around the same time, Alberta’s Election Commissioner hired a retired @edmontonpolice investigator to look into the Callaway campaign and an alleged scheme to run him as a “stalking horse candidate” to discredit Brian Jean and assist Kenney.
10/x#ableghttps://t.co/ko2Imh2U9z

January 2019: after meeting with former Kenney supporter Prab Gill, Alberta’s Election Commissioner confirmed the office is looking into the UCP leadership race and is concerned about efforts to “dissuade co-operation with investigators.”
11/x#ableghttps://t.co/If2Xi6NSPJ

Jason Kenney insists there is “no evidence of inappropriate voting” and the process was audited (by someone who financially supported Kenney).
Kenney then implied “all campaigns” used kiosks & VPNs.
This went over super well with Brian Jean.
13/x#ableghttps://t.co/GHFyMmUDgl

February 26: Cam Davies is fined $15,000 by Alberta’s Election Commissioner for obstructing an investigation.
You’ll remember Cam as co-manager of the Callaway campaign, who just happened to be “100% behind Jason Kenney” at the same time.
15/x#ableg https://t.co/2UxpS2b2r2

February 28: Two days after Davies was busted, Alberta’s Election Commissioner issues a $3,500 fine to Karen Brown for contributing $3,500 to Callaway's UCP leadership campaign “with funds given or furnished by another person.”
16/x #ableg https://t.co/sOW4aaKCKL

March 5: (buried in this story about another UCP scandal), Prab Gill states he has met with the RCMP for close to four hours to follow up on his allegation of voter fraud by Kenney during the leadership race.
17/x#ableg https://t.co/74hiAIyr0T

March 7: In “things that make you go hmm?” news: UCP removes Calgary candidate — and Callaway co-campaign manager — Randy Kerr. They claim it's because he was “not being forthright” about a donation that had been public for over 18 months.
18/x#ableg https://t.co/VuPsmY4hop

There you have it. Jason Kenney is quite possibly under investigation for credible allegations of voter fraud, illegal donations & colluding with a “kamikaze” candidate.
If this is how he runs his campaign, can we trust him to run Alberta?
20/20 #ableg #AlbertaDeservesBetter

And...we're back.
Let’s pick this story up by introducing you to a new character: Happy Mann. Mann, who donated to Kenney's “kamikaze” candidate, tells a radio station that “Jason Kenney lied” & knew about the whole plan. #AlbertaDeservesBetter #ableg 21/x https://t.co/TObwO1q6BA

Back to Happy Mann. Kenney tells @DonBraid that Mann is not to be trusted and that this is all sour grapes. Nonetheless, Braid concludes “there is solid evidence something funny was going on with leadership donations.” #AlbertaDeservesBetter #ableg 23/x https://t.co/Hslb4U0Wel

Meanwhile, Brian Jean, the target of Kenney’s alleged “kamikaze” plot, is rumoured to be planning a return to Alberta politics. He denies it, but says: “I too have heard crazy rumours about something coming Friday” #AlbertaDeservesBetter #ableg 25/x https://t.co/QWojRxg1uy

Indeed, something big did come on Friday. @CBCNews drops this bombshell story: “The fact that the RCMP are now involved represents a significant escalation in the scandal” #AlbertaDeservesBetter #ableg #cdnpoli 26/x https://t.co/oaIX1U1Mbg

Brian Jean claims he wrote to both Jason Kenney and Stephen Harper about “this mess” and nothing was done, while @RachelNotley says Kenney should 'come clean' on reports RCMP is probing UCP leadership race #AlbertaDeservesBetter #ableg #cdnpoli 27/x https://t.co/JlESAhXlXA

While trying to rationalize the RCMP investigation, it appears Kenney was caught in another lie. He said Happy Mann was "a volunteer like thousands of others" but leaked emails say he was "critical member" of Team Kenney #AlbertaDeservesBetter #ableg 28/x https://t.co/aiNnW27p8K

5 people who think Jason Kenney is too extreme

Jason Kenney left Ottawa and federal politics to take Alberta back, but the question is: back to when?... 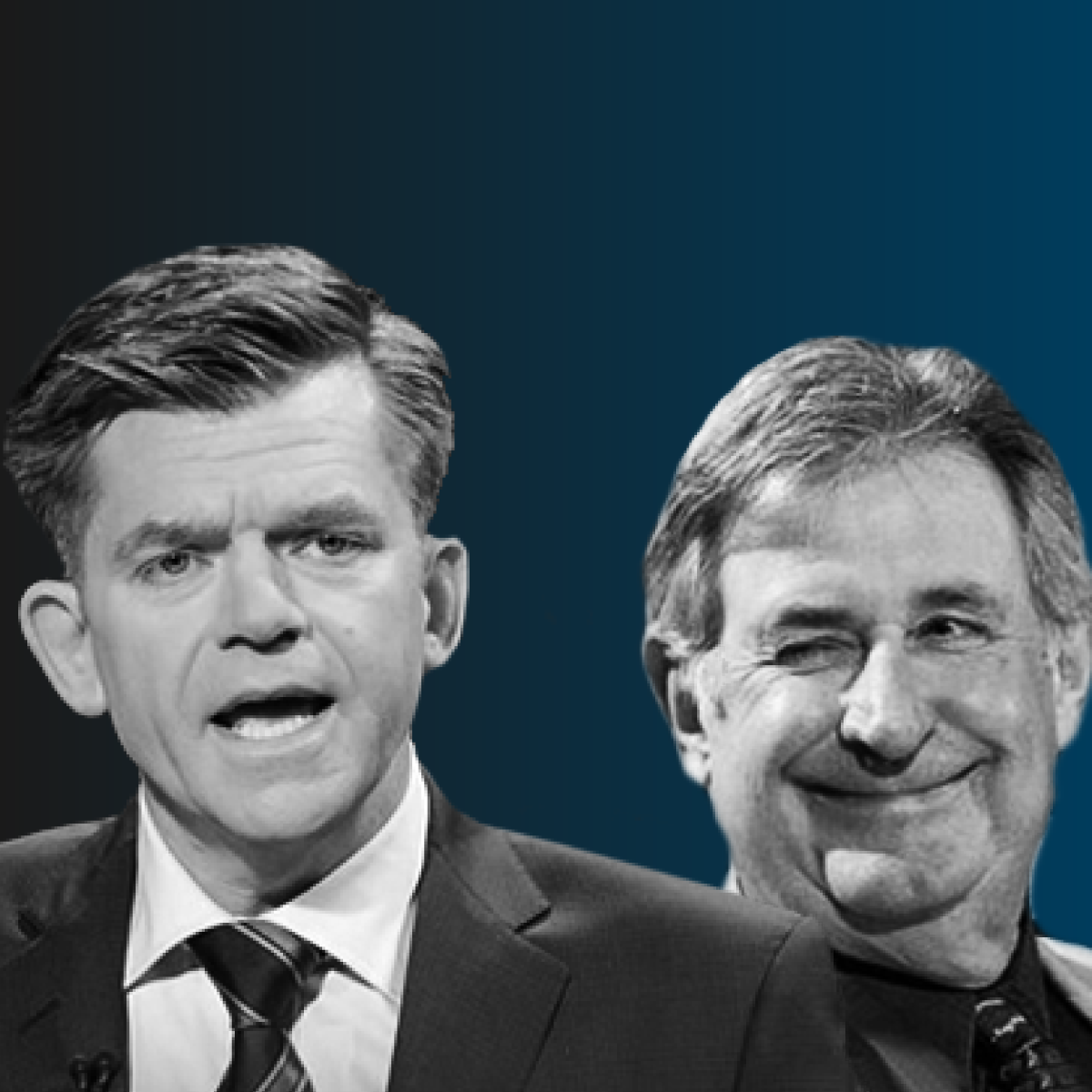 In the Kamikaze scandal, all roads point to Jason Kenney.

Here are the major players... 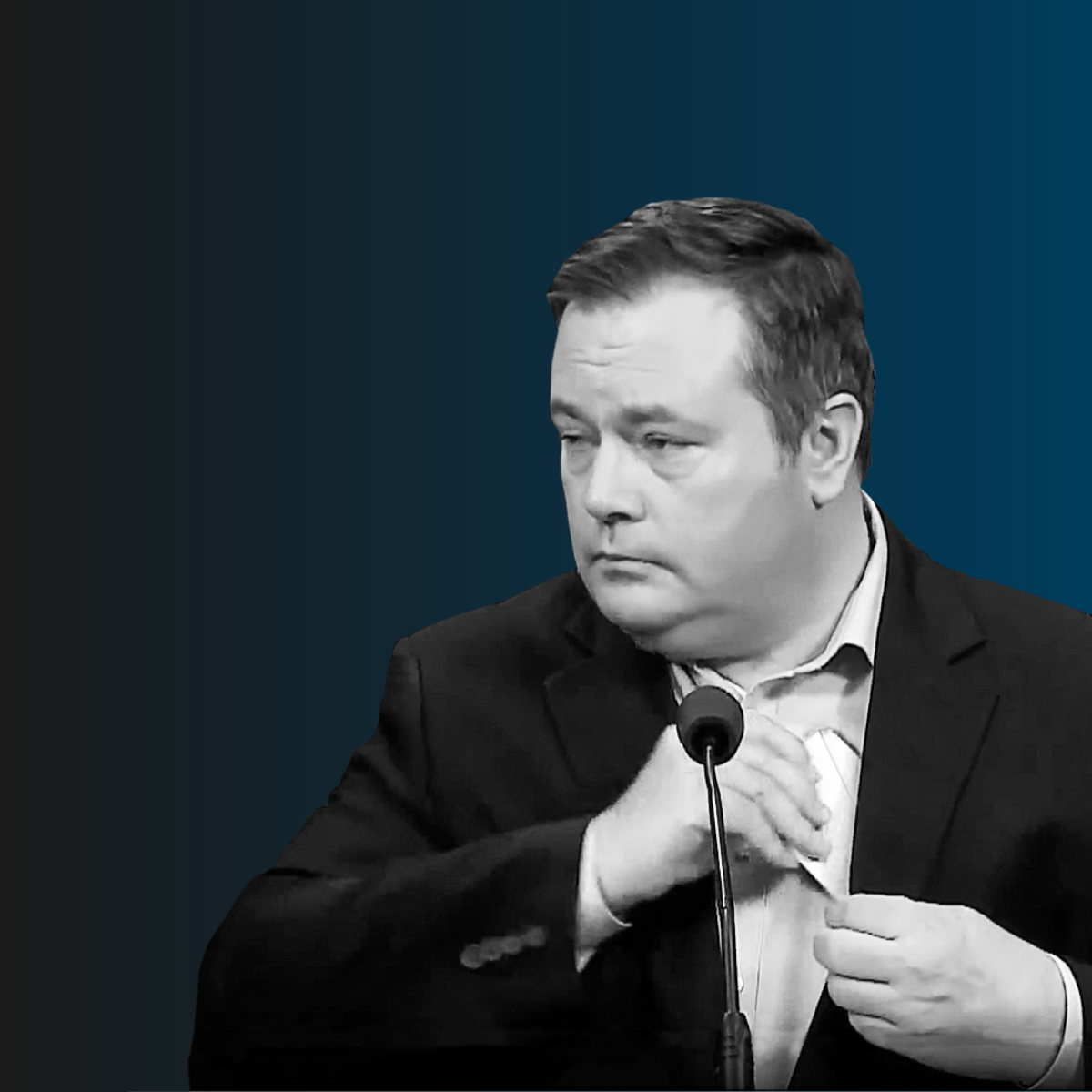 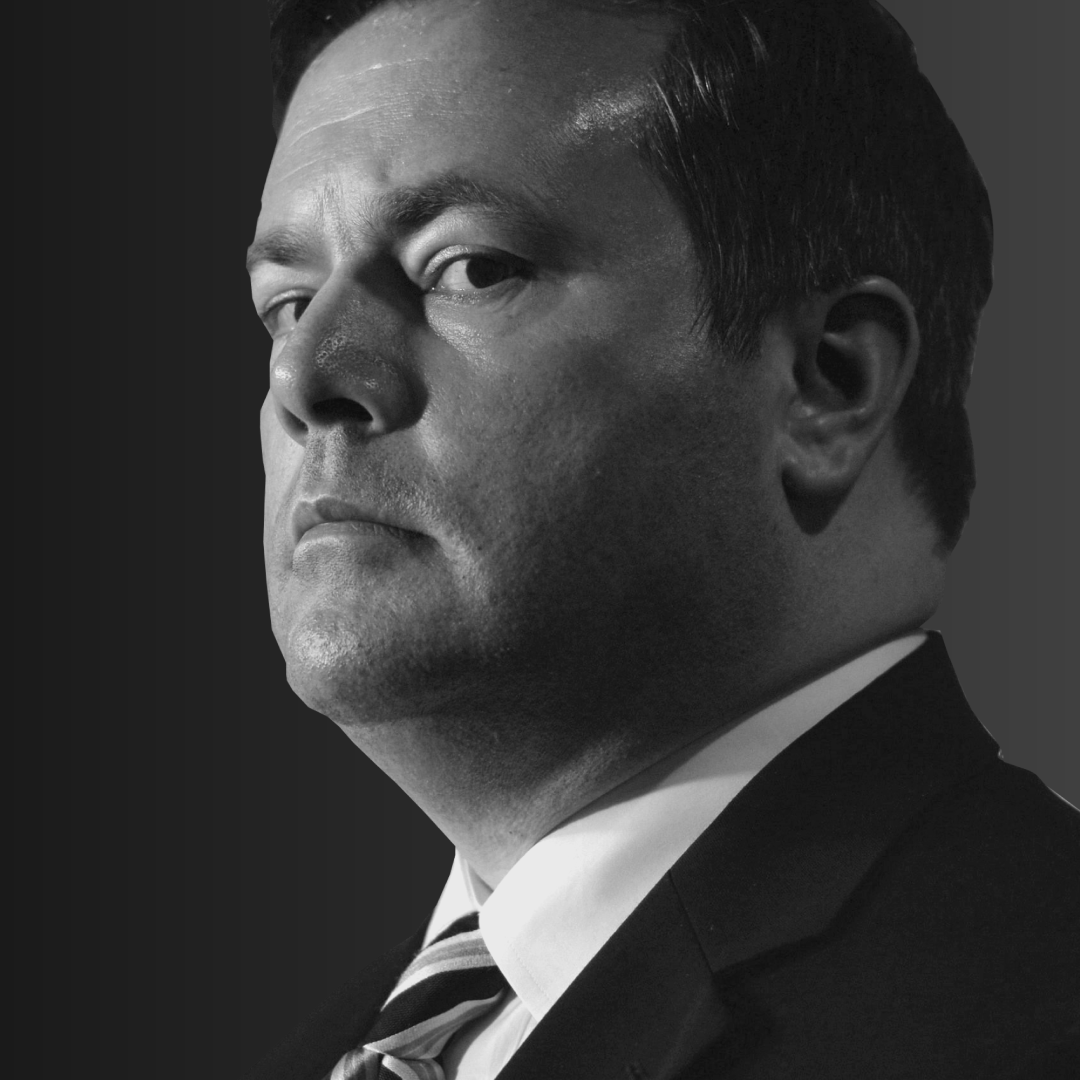 10 groups who are in love with Kenney's platform 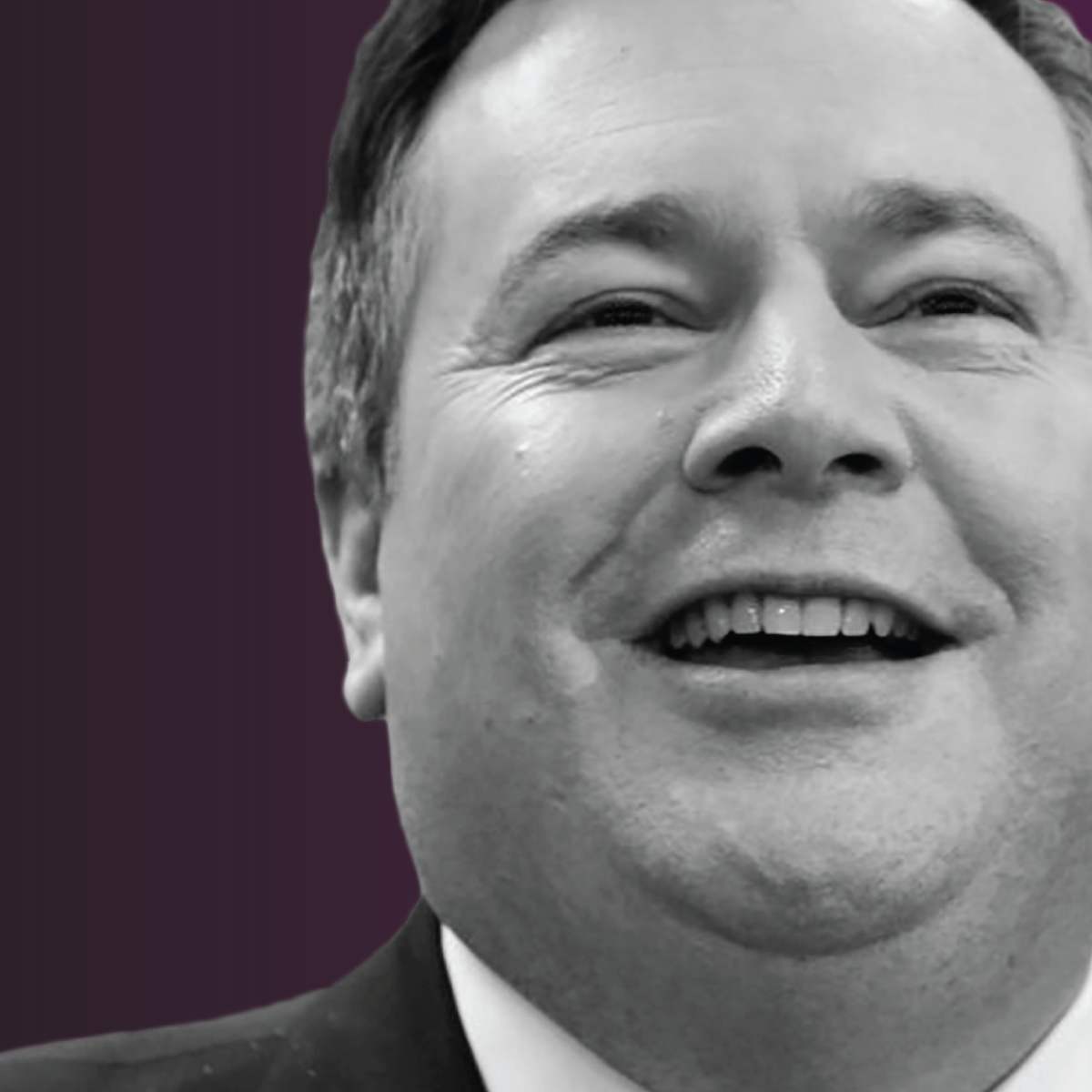